FOR THE FANS, BY THE FANS
Home Star Wars Films & TV Daisy Ridley is ‘open’ to returning to the Star Wars franchise
Facebook
Twitter
Pinterest
WhatsApp 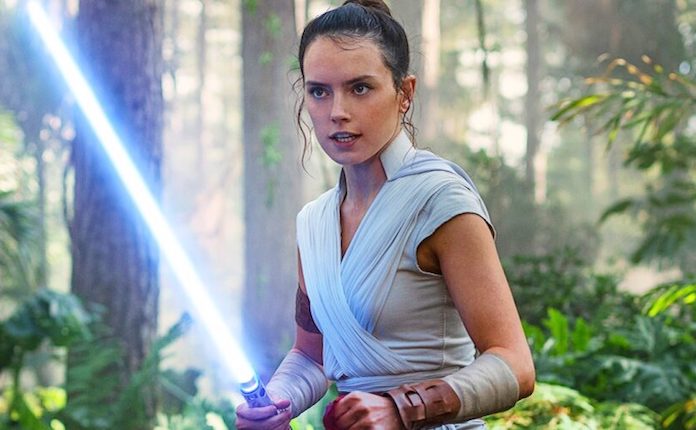 Daisy Ridley hasn’t ruled out returning to the Star Wars universe, as revealed in a recent interview.

While talking to IMDb while promoting her new film, Sometimes I Think About Dying, Ridley remembered a time where The Force Awakens co-star Harrison Ford made her so nervous that making it through her first scene with him is one of her proudest moments from shooting.

“I was just proud I got through the thing and seemed fairly casual,” she laughed.

Later on in the interview, Ridley also revealed that the door to the Star Wars franchise is perhaps ajar rather than firmly closed.

“I’m open to a phone call,” the actor said. “I’m looking for employment.”

Although Episode IX was believed to be the end of the Skywalker Saga, Rey is not technically a Skywalker (even if she’d like to be), so could return once more. Even if her story is completely finished, she could easily return as a cameo or in some minor role, as one of the last Jedi to still exist.

Of course, we’ll have to wait and see where Lucasfilm and Disney plan to take the franchise. It’s predictably under wraps for now, with only a few rumours slipping through the cracks.