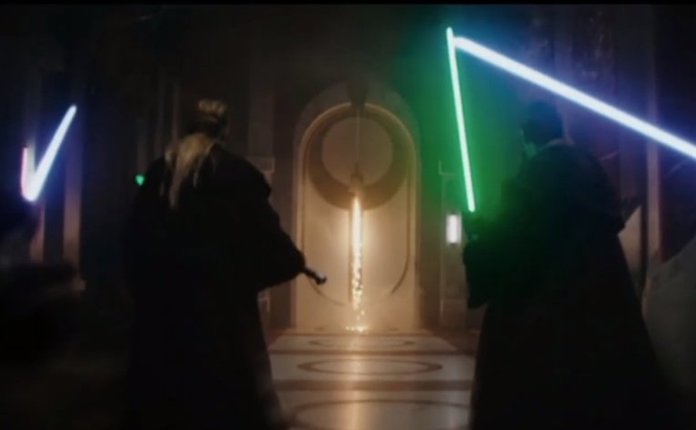 The Mandalorian’s latest trailer is full of exciting new developments – and one return to the past that fans just can’t escape.

Order 66 is undoubtedly a key moment in Star Wars history. It upended the Order of the Jedi and marked the beginning of the Empire that, as we see in Andor, touches every life in the galaxy in some way.

However, there are other worthwhile stories to tell in the Star Wars universe. We saw Grogu decide to leave Luke Skywalker and his Jedi training behind in The Book of Boba Fett and the emphasis of The Mandalorian trailer is clearly on Mandalore and Din Djarin’s place within Mandalorian culture.

Yet somehow, Order 66 returned. And fan reactions are priceless.

The Jedi are always exciting to see, especially at the height of their power. As soon as any dark room is lit up by a lightsaber, any Star Wars fan would clearly get chills.

However, fans are also calling for something other than Jedi (and inevitably one member of the Skywalker family) to be focused on. Luke already had his dramatic moment at the end of The Mandalorian Season 2, so many argue that this should be the end of the Jedi’s presence in the show.

So far, we’ve seen Order 66 play out from the perspective of the Jedi in the prequel trilogy, from the Clones in Clone Wars, from Grogus’ perspective in The Mandalorian (the first time), and from Reva’s perspective in Kenobi.

I’m fully convinced that Dave Filoni has shot every angle of Order 66.
pic.twitter.com/Wcz8pNFGQM

Of course, there is still one key piece of information that will surely be addressed in the upcoming season of The Mandalorian: who smuggled Grogu out of the Jedi Temple? We know he was there based on the flashbacks we’ve already seen, yet somehow survived. This could mean that there’s another Jedi out there who we’ve not met yet – or that a Jedi we have met already has a connection to Grogu that’s not yet been explored.

Regardless, we just hope the upcoming Order 66 flashbacks add something new to hThe Mandalorian. Check out our full trailer breakdown here, as well as a closer look at the new poster for the show.