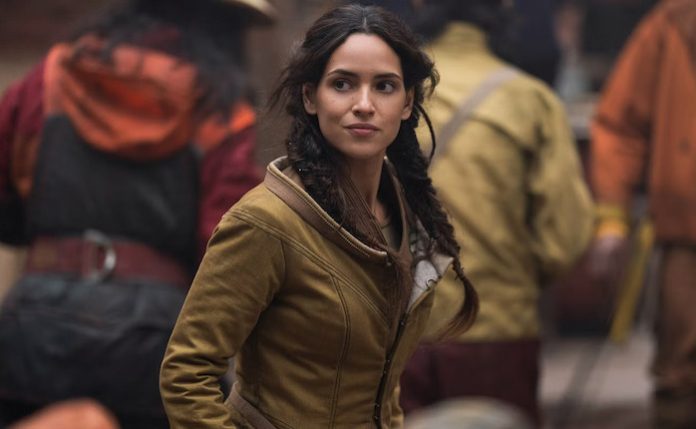 After being jettisoned to newer levels of fame by Andor, actor Adria Arjona has a ‘secret weapon’ for avoiding the attention of fans in public.

After playing Bix in the Star Wars show, Arjona said that she was concerned about the possible increased level of fan attention when out in public, as explained in an interview with Radio Times.

“I did think about how this role could make me more recognisable. I did Morbius, a Marvel film, and realised while filming, ‘Oh man, this is going to change things,’ but with Star Wars you’re entering a completely different, massive fanbase. I’m excited to get to know the fans, but I’m less excited about being recognised all the time.”

Still, a difference between her own and Bix’s appearances makes it easier for Arjona to avoid attention on the street.

“I have naturally curly hair anyway, so I’ll just wear my hair curly if I don’t want to be recognised; no one will know it’s me,” the actor explained. “That’s my secret weapon!”

The show could also affect Arjona’s physical appearance in a far more permanent way, moving forward. The actor revealed that she plans to remember her time on the show with an ink-based memento.

“I have never taken as many selfies in my life as when I tried on the costume! It got me feeling just how badass this character was,” Arjona remembered. “I even considered getting her name tattooed on me but then Tony [Gilroy, the showrunner] called and said, ‘Yeah, maybe don’t do that until the trailer comes out’ – and I haven’t had the opportunity to do it since.”

Andor is available to watch in its entirety on Disney Plus right now.