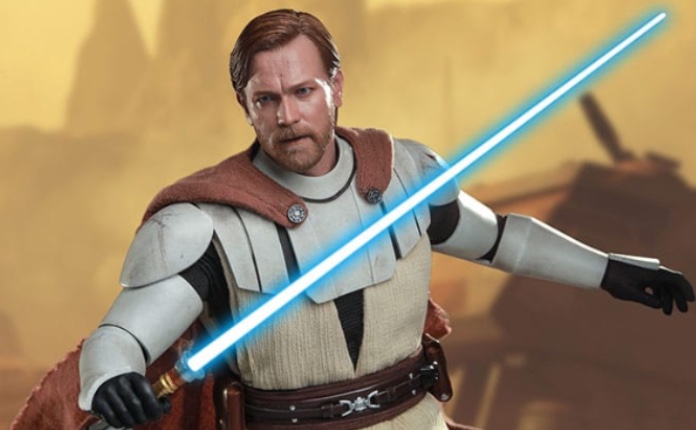 A new sixth scale figure of Obi-Wan Kenobi has been revealed by Hot Toys, complete with a Star Wars: The Clone Wars-era look.

Sideshow and Hot Toys are celebrating the 20th anniversary of Star Wars: The Clone Wars with an all-new sixth scale figure of Obi-Wan Kenobi. Measuring 30.3 cm tall, the amazingly crafted collectible features a newly-developed head sculpt of the Jedi Master as he appeared as a General in the Republic Army, rolling eyeball function and over 30 points of articulation.

Pre-orders for the Hot Toys sixth scale Obi-Wan Kenobi figure are open now via distributor Sideshow’s website and priced at £236.95. The Star Wars: The Clone Wars collectible is expected to ship sometime between January and June, 2024.

The Obi-Wan Kenobi figure follows in the footsteps of another recently-announced Sideshow and Hot Toys sixth scale Star Wars character, with Mace Windu now available to purchase and also due to arrive in 2024.