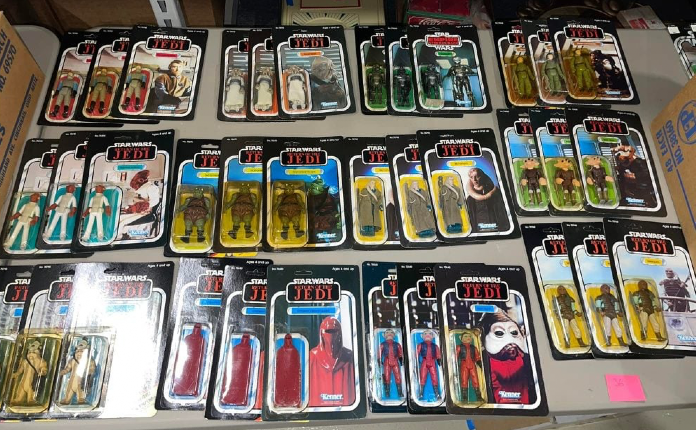 A massive collection of over 300 vintage Star Wars actions figures, vehicles and roleplay accessories is going up for auction next month.

Hailed as a “once-in-a-lifetime find” by Tommy Sage Jr, who heads up Morphy Auctions’ Toys & Trains division, a recent discovery of rare Star Wars collectibles will be auctioned off online on February 1, 2023. Stored away for decades in a collector’s closet in Chicago, the amazing discovery was mentioned to the CEO of Morphy Auctions, with Sage brought into to catalogue the many items, most of which are in mint condition and still packaged in their original Kenner factory boxes.

Dubbed ‘The Morphy Find,’ the collection includes a treasure trove of vintage Star Wars figures, vehicles and roleplay accessories that have remained undisturbed and unopened since the 70s and 80s. The original Kenner Star Wars action figure line was discontinued in 1985, as interest in the saga had mostly faded. Years later, those same toys became highly-sought after collectibles, many of which now go for huge sums of money. 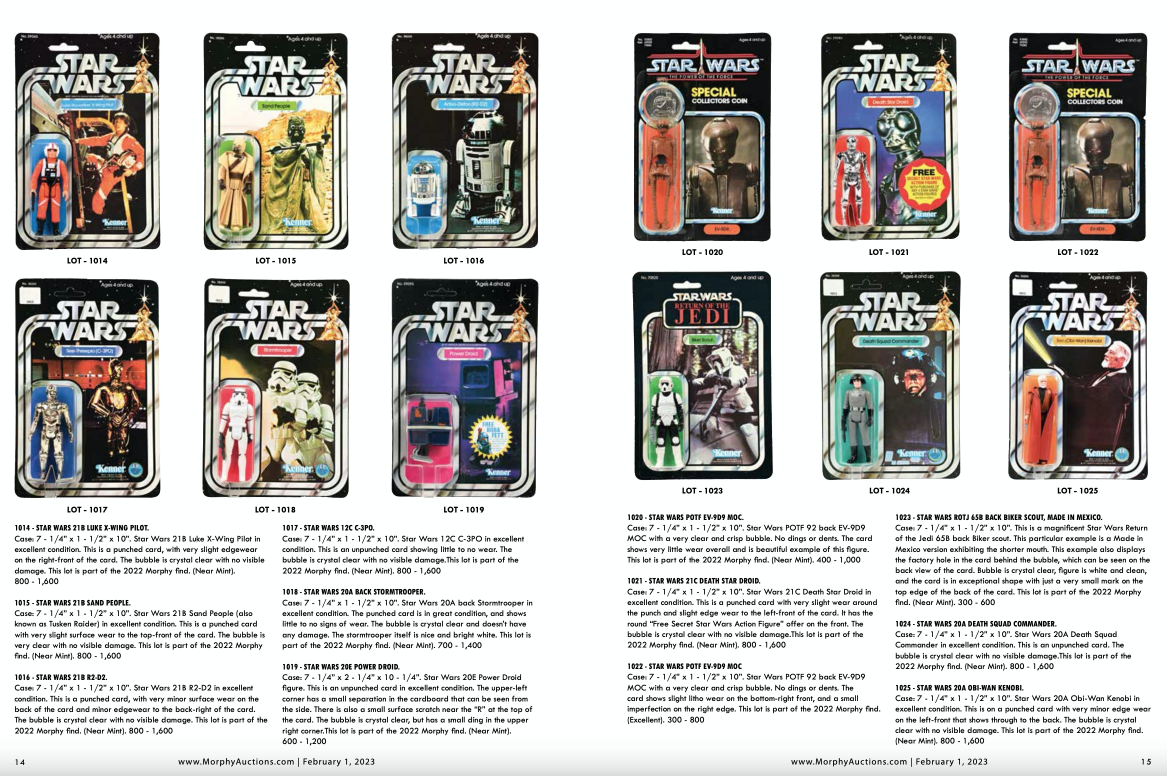 Highlights of ‘The Morphy Find’ include the super-rare Luke Skywalker action figure with double-telescoping lightsaber, a Death Squad Commander (with the character’s name later changed to Star Destroyer Commander), unpunched backing cards, Power of the Force figures with collector coins and much more.

‘The Morphy Find’ auction will take place on February 1, 2023 and the full online catalogue showcasing all available items can be viewed right here.