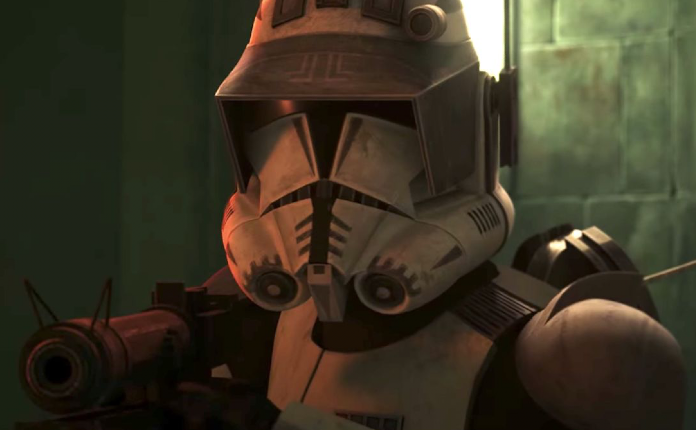 Commander Cody is the focus of an all-new poster image that’s been released to promote Star Wars: The Bad Batch Season 2.

The second series of Star Wars: The Bad Batch is currently in full swing on Disney+, with episode 4, ‘Faster,’ having dropped today. The hit animated show follows the continuing adventures of the renegade Clone Force 99 (and Omega) as they attempt to survive in a universe under constant threat from an emerging Galactic Empire.

As well as the regular cast of characters, Star Wars: The Bad Batch Season 2 recently introduced a fan favourite face, with Commander Cody making an appearance in the fourth episode last week. ‘The Solitary Clone’ featured Cody working for the Empire and sporting an all-new grey and white armoured suit, instead of his more familiar orange and white Clone Trooper outfit. 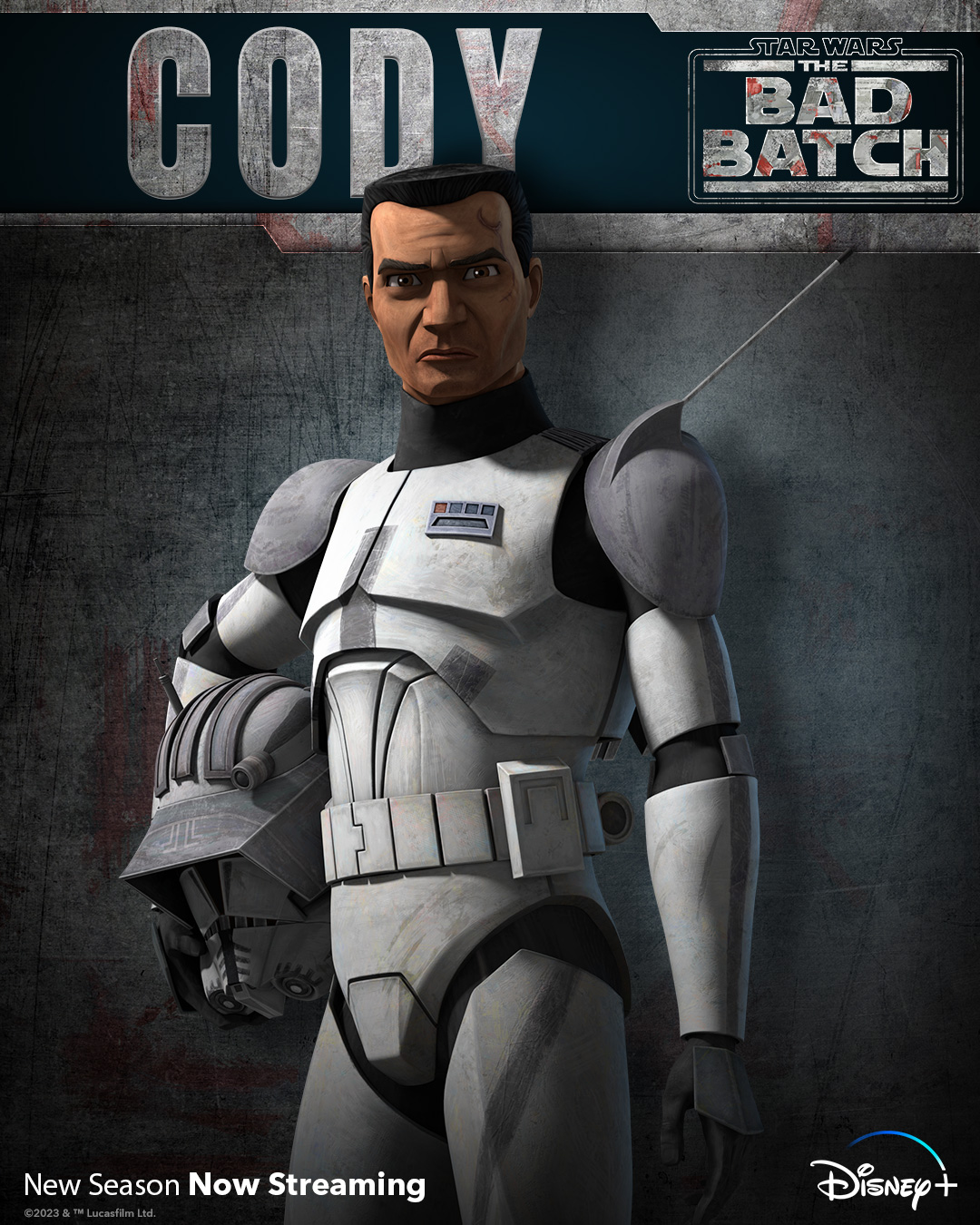 To promote Star Wars: The Bad Batch Season 2, the official Twitter account for the show has been posting a series of character poster images. Last week saw the release of ‘seasoned smuggler,’ Cid, with an impressive depiction of Cody now joining the line-up. We’re assuming more character images will be released over the coming weeks, with Wookiee Jedi youngling, Gungi, Emperor Palpatine and Bail Organa all confirmed to be featured in the new season and ripe for potential posters of their own.

Star Wars: Star Wars: The Bad Batch Season 2 is currently streaming on Disney+, with episode 5, ‘Entombed,’ due to arrive on January 25, 2023.