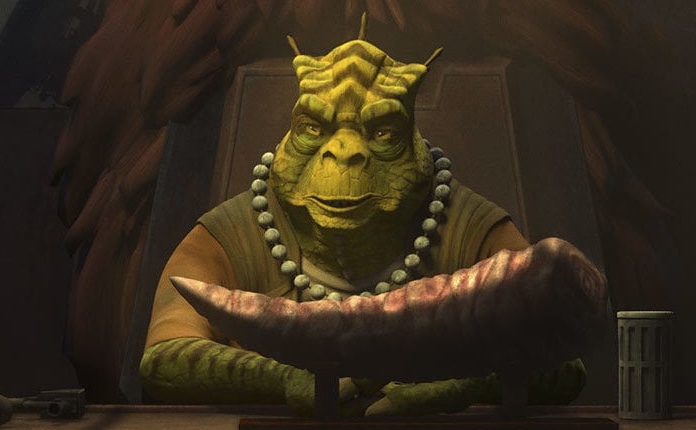 The third episode of Star Wars: The Batch Season 2 dropped on Disney+ yesterday, with a Crosshair-centric story that also featured the return of fan favourite, Commander Cody. In fact Clone Force 99 was completely absent from ‘The Solitary Clone,’ which featured a tense battle between Imperial troops and Battle Droids on the planet Desix.

To promote the new season of the hit animated show, Lucasfilm has recently released not only a unique image for the series, but also a range of character-based posters. These have included the full Clone Force 99 squad, Omega and Crosshair, with a new image now revealed. The official Star Wars: The Batch Twitter account released a character poster of Cid, who is referred to as a, ‘seasoned smuggler.’ 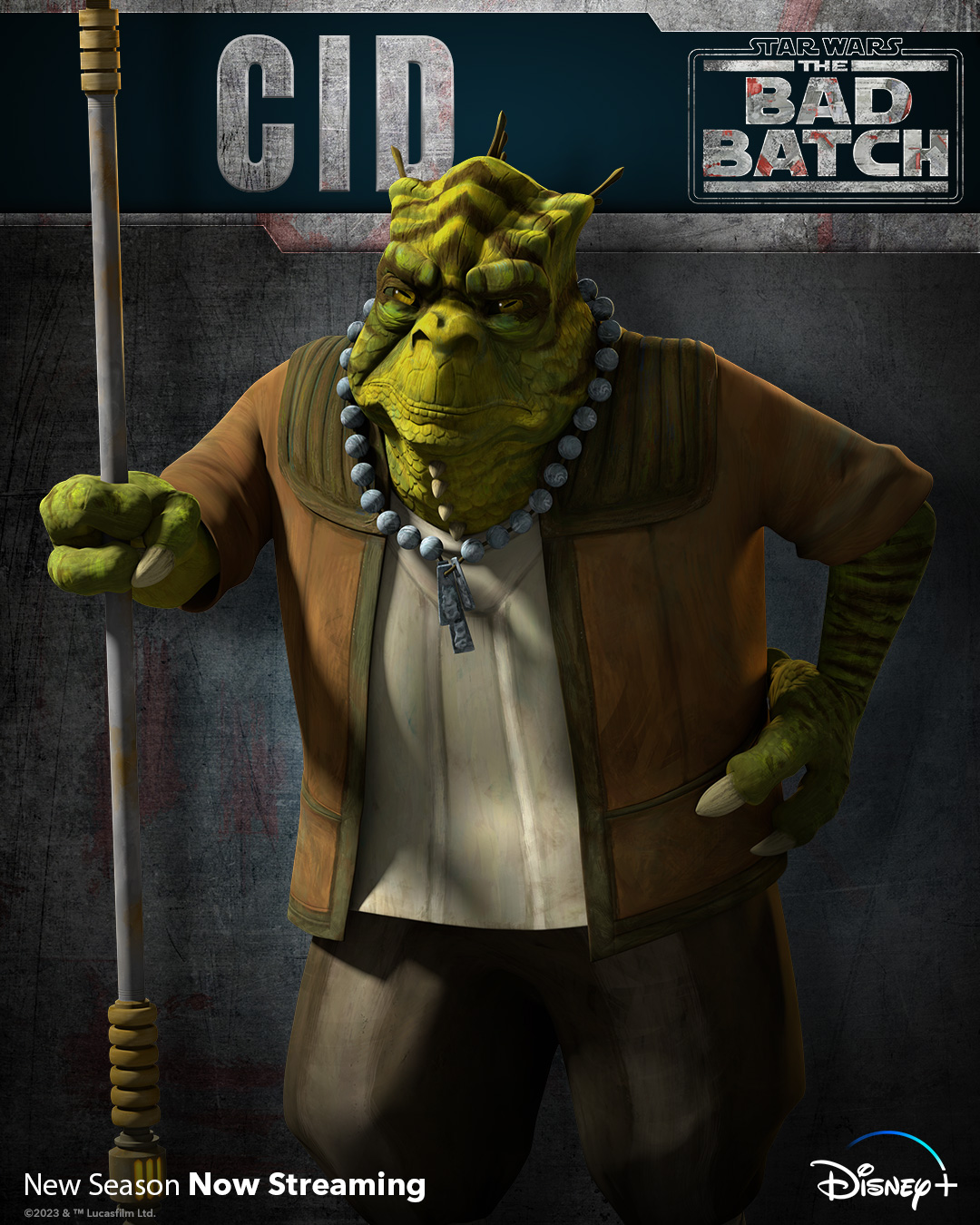 Strangely enough, the Trandoshan who employs the Bad Batch doesn’t actually appear in Episode 3 either, although she did pop up in the season premiere, ‘Spoils of War.’ Cid is a shady character at best and has sent the elite squad on a number of high-stakes missions to date. With the continued rise of the Empire, the smuggler now has to work harder than ever to secure more profitable assignments and keep her activities concealed.

Star Wars: The Batch Season 2 is currently streaming on Disney+ for all subscribers, with episode 4 due to drop on January 18, 2023.