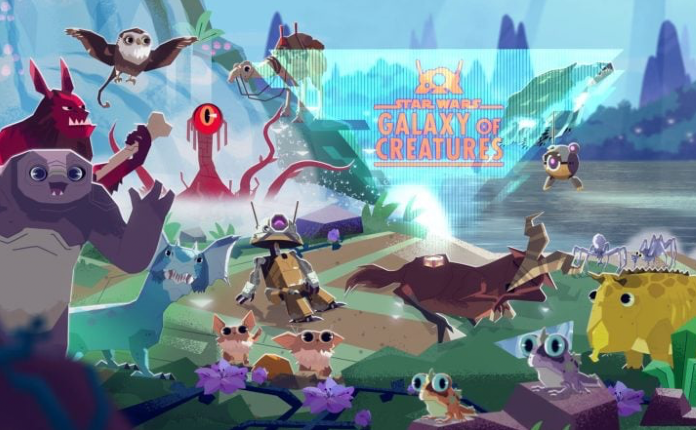 Lucasfilm’s Star Wars Galaxy of Creatures is back for Season 2, with the online micro-series featuring even more crazy critters.

Star Wars fans looking to entertain their children with content more suitable for a younger audience can now check out a returning online animated series. Star Wars Galaxy of Creatures is back with an all-new second series consisting of 12 shorts, two of which are already available to watch on the Star Wars Kids site.

The micro-series explores a galaxy far, far away with a variety of videos focusing on the many diverse species that thrive within the Star Wars universe. In the first season, the show’s pit droid guide, SF-R3 ‘Aree’, studied banthas, charhounds, wampas and more for the Society of Creature Enthusiasts. In Season 2, Aree puts his tracking skills to the test to locate timid boglings, dive into Kaminoan waters in search of Kamoradons and figure out how to outwit ferocious gundarks.

“Galaxy of Creatures Season 2 will continue to feature Aree’s charm and unending curiosity while showcasing creatures seen throughout Star Wars storytelling,” says Jason Stein, Lucasfilm creative executive in Animation Development & Production. “From the pursuit of the elusive convor on Atollon to witnessing a mother eopie care for her young on Tatooine, we hope Aree’s explorations entertain and delight fans of all ages.”

Star Wars Galaxy of Creatures Season 2 is available to watch right now, with new episodes debuting every Tuesday at 9am PST on Star Wars Kids. Fans can also download a variety of fun activity kits from the site and even purchase plenty of themed merchandise too.