Clone Force 99 returns for yet another thrilling adventure streaming from today in ‘Entombed,’ the fifth episode of Star Wars: The Bad Batch Season 2.

Disney+ subscribers can now check out an all-new episode of Star Wars: The Bad Batch Season 2 on the streaming service. ‘Entombed’ is the latest instalment of the hit animated series, with Clone Force 99 searching for an ancient treasure with the aid of Phee Genoa and her droid, Mel. (Spoilers ahead)

The episode begins with Wrecker and Omega scavenging in a junkyard for spare parts, returning with a seemingly-random selection of items to show the rest of the squad. However, Phee notes that one piece appears to be an old compass containing coordinate markings in the Kaldar Trinary system. The pirate suggests the directions could lead to a haul of lost treasure, sparking the team into travelling with her to a strange new world. 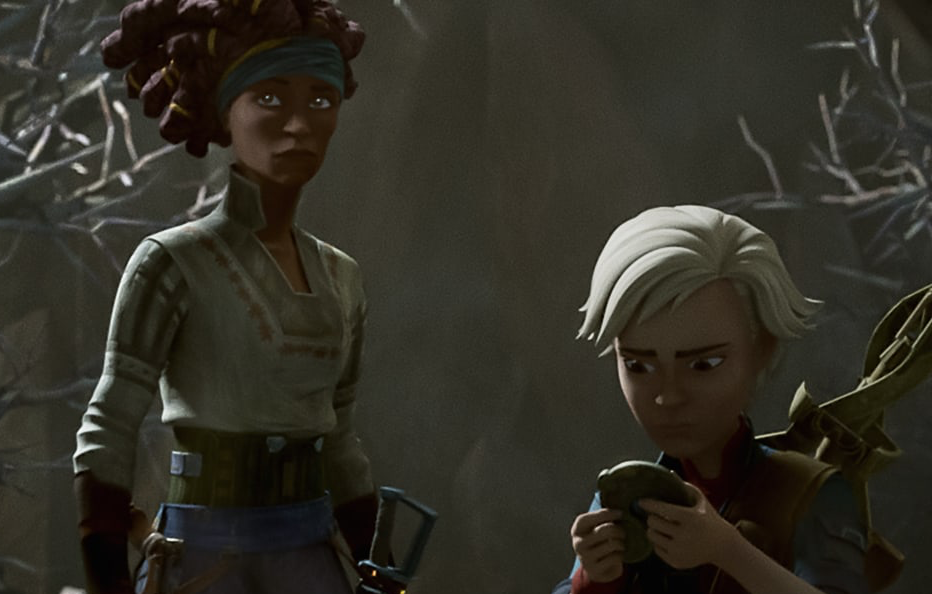 Using the artefact as a guide, the group discovers a secret entrance that leads inside a foreboding mountain. Reading ancient carvings on the walls, Phee determines the symbols reveal the location of Skara Nal, The Heart of the Mountain, a rare and powerful crystalline stone known to pirates across the galaxy. Some Indiana Jones-style puzzle-solving soon allows access to an inner tomb and a deadly creature guarding the way.

To find out if Clone Force 99, Omega and Phee Genoa are successful in their search for fortune and glory, and if The Heart of the Mountain is all that it appears to be, be sure to watch the latest episode right now. Star Wars: The Bad Batch Season 2 is currently streaming on Disney+, with the sixth episode of the show, ‘Tribe,’ due to drop on February 1, 2023.