FOR THE FANS, BY THE FANS
Home Star Wars News The Mandalorian’s Carl Weathers teases the future of Greef Karga in Star...
Facebook
Twitter
Pinterest
WhatsApp 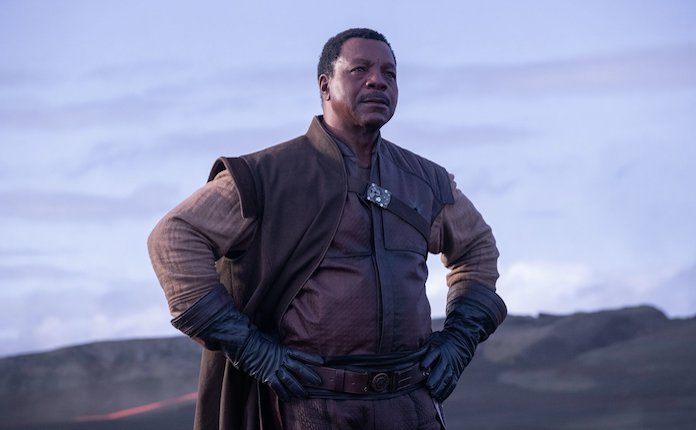 Carl Weathers, aka The Mandalorian’s Greef Karga, has shared some clues about the future of his character in the upcoming season of the Star Wars show.

Speaking to Gambit, Weathers was initially secretive about anything relating to Greef’s future, confirming only the bare facts at first. This is typical of any Disney project, as the actor jokes that “they’ll cut my tongue out if I give away secrets”.

However, when pressed further on how the character might evolve in the third season of The Mandalorian, the actor opened up a tiny by more.

“There are aspects of Greef’s character that you’ll see in third season that you didn’t see in the other two seasons,” Weathers admitted. “And he – I’ll just say this – he’s become a magistrate. So his clothing is really kind of out there now. It’s got all his finery on and beautiful colors and wearing crazy stuff and trying to keep Nevarro a safe place and place that you might want to call home.”

This explains the new outfit that we spotted in the latest trailer for The Mandalorian. As for any more detail on exactly what Greef Karga will be up to, we’ll have to wait for the show to premiere on March 1.