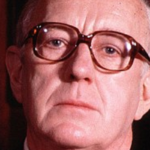 UK Fan Experience: UK Stars on The Small Screen While the Star Wars galaxy was being writ large on the silver screen, breaking records wherever it went and changing the face of 20th century cinema, the British stars of the film continued to beaver away on the small screen. During the 70’s and 80’s many […]