You are here: Home / Articles / The UK Fan Experience by Mark Newbold – December 77

Can you imagine a world without Star Wars? Step back in time almost 40 years to May 24th 1977 and for the vast majority of people the greatest space fantasy of all was yet to arrive in our galaxy. A day later, that was an entirely different matter. Thirty-two screens across North America quietly rolled out this little fancied sci-fi film from 20th Century Fox, directed by the movie brat behind American Graffiti and starring a journeyman carpenter turned actor, the daughter of Hollywood royalty, a Hammer horror star, an Oscar winning lord of the realm and the blond kid from General Hospital. These days it’s easy to smile at those innocent days when the earth-shaking success of Star Wars was yet to be confirmed. Back then it was serious business – careers, reputations and positions were on the line. 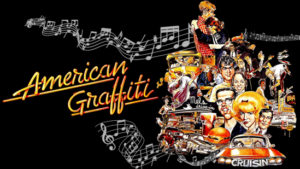 Step across the ocean and the 25th May 1977 in the UK meant something entirely different. While the country was listening to Rod Stewart top of the UK singles charts with I Don’t Wanna Talk About It and ABBA ruled all in the album charts with Arrival, Liverpool were beating Borussia Monchengladbach 3-1 in the European Cup final in Rome. The summer of ’77, while not repeating the mega drought of ’76, brought us news of a sci-fi mega smash from across the ocean. Playground chatter began to be littered with these distant heroes and British kids prepared for the imminent arrival of something very, very special. Born and bred on a diet of homegrown favourites like Doctor Who and Thunderbirds, UK kids were increasingly enjoying North American imports such as Star Trek, The Six Million Dollar Man and Planet of the Apes. Despite this influx of US entertainment, nothing prepared the galaxy for Star Wars.

When it finally opened its record-breaking run in the UK at the Dominion Theater on Tottenham Court Road in London the film had broken all North American box office records and had overtaken 1975’s Jaws as the all-time champ. A summer of long queues, repeat viewings and endless playground discussions had captivated America and the cold winter of ’77 would quickly nudge into 1978 – the year Star Wars exploded across the UK.

With Alan Dean Fosters ghost-written novelisation from Sphere enjoying a UK release in November of ’77 the galactic invasion had begun. On 8th February ’78 Star Wars Weekly began an almost decade long run of titles that brought the four-colour action of the GFFA to readers everywhere and which is still held in high regard by readers and collectors. By March 1978 Palitoy, who sub-licenced Star Wars products from their sister company Kenner, began releasing 3 ¾” action figures to UK toy shops and stores along with Play-Doh, Dip Dots, poster sets and games. The hunger for anything Star Wars was insatiable and kids grabbed whatever they could to bring themselves closer to the action. In the days when intellectual property infringement was a lesser known issue than it is today cottage industries swiftly sprung up to cash in and release toys that were just close enough to imitate Star Wars without actually being Star Wars.

The music of the film invaded the charts. John Williams scored the music and conducted the London Symphony Orchestra as the double vinyl sold 4 million copies (still the record-holder for an orchestral soundtrack), nabbing him a third Oscar. Domenico Monardo, better known to the world as producer MECO, had released Star Wars And Other Galactic Funk in the summer of ’77 and thrown his disco version of the main theme to the top of the Billboard charts.  By October of ’77, before the film had even hit UK screens, MECO’s Star Wars Theme hit number 7 in the UK charts.

By easter of 1978 the film had radiated out from the cinemas of the capital and reached the rest of the UK, embedding itself into fleapits across the nation and settling in for a summer-long engagement. In the days when films such as Star Wars took half a decade to reach the then new format of home video (VHS and BetaMax were still duking it out in the late 70’s) the only opportunities to view the film were the 20 minute edited highlights available on Super-8 or the big screen. These days a 5 months wait for a home video release seems like an age, but back then Star Wars lived longest in the place it was truly designed for; the silver screen.

Halcyon days and a blockbuster launch for the saga. That’s not to say that the best days for Star Wars aren’t still ahead, they could very well be, but the giddy innocence of expectation that 1978 gave UK fans is unlikely to ever be repeated.