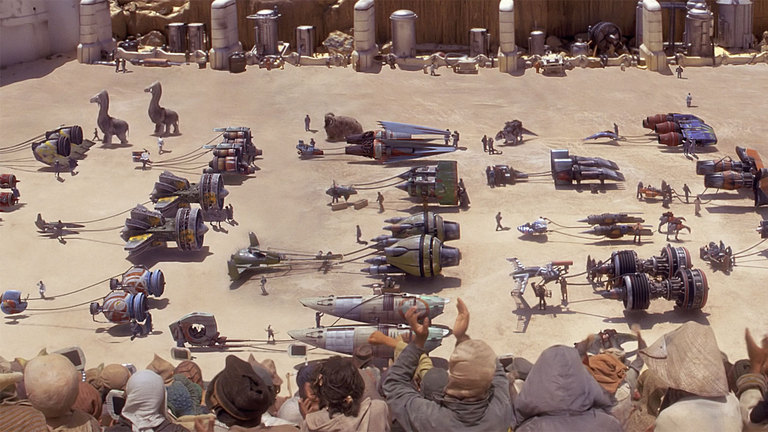 The pre-race theatre is an important of the Boonta Eve Classic. 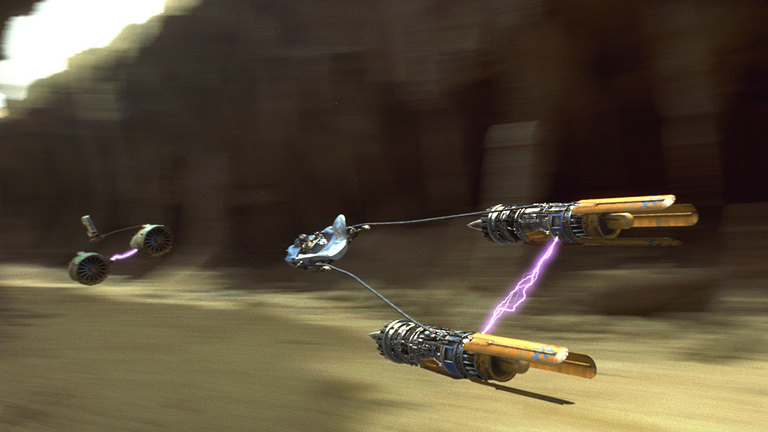 Anakin displays his resourcefulness further in the deleted scenes. 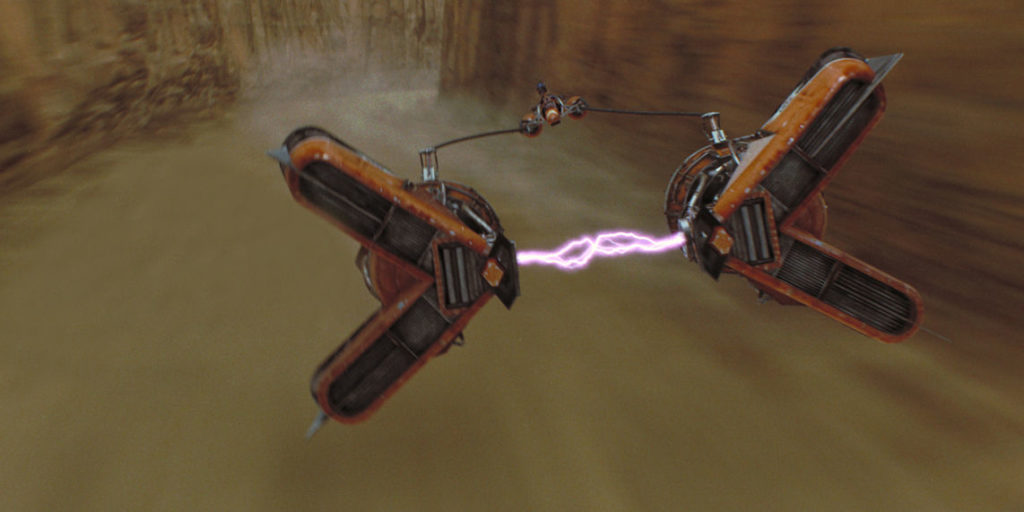 The deleted scenes show Sebulba cheating in even more ways.

Jabba the Hutt oversees the proceedings. 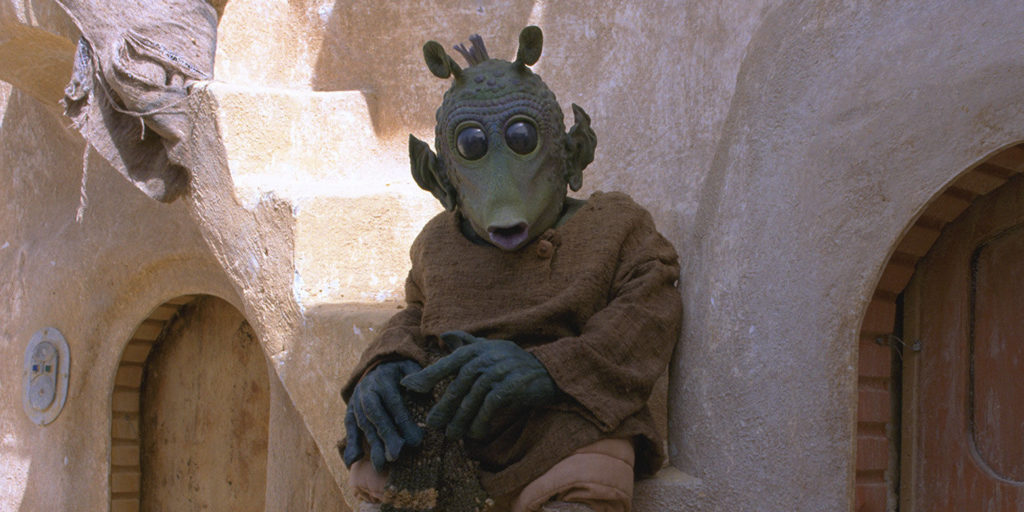 Greedo should have heeded Wald’s advice.