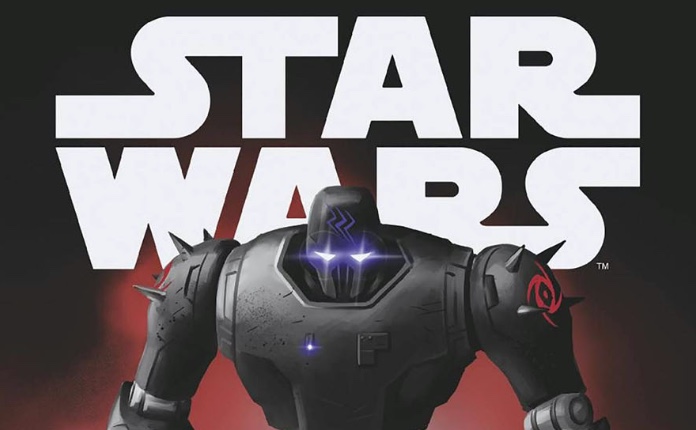 The latest issue of Marvel’s official ongoing Star Wars comic book has introduced a formidable new threat in the shape of lightsaber-resistant droids.

Marvel Comics is currently publishing a number of different official Star Wars comic books that cover a variety of time periods in a galaxy far, far away. Included in the publisher’s line-up of titles is the main ongoing Star Wars comic book, written by Charles Soule and featuring interior art by Andrés Genolet. 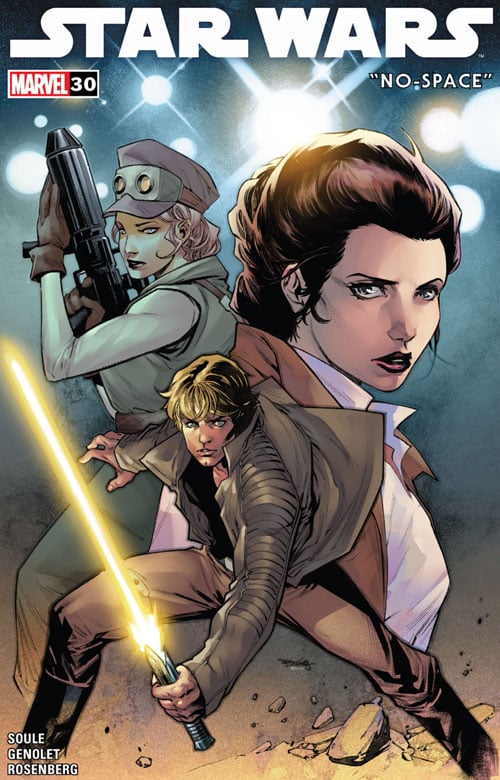 Set between the events of The Empire Strikes Back and Return of the Jedi, Star Wars # 30 sees a team of Rebels, including Luke Skywalker, Princess Leia, Chewbacca, Lando Calrissian, Lobot and a young Amilyn Holdo, marooned in a mysterious location known as ‘No-Space’. There they encounter a previously-unseen type of droid, one that proves to be much more of a challenge than the heroes could have expected. 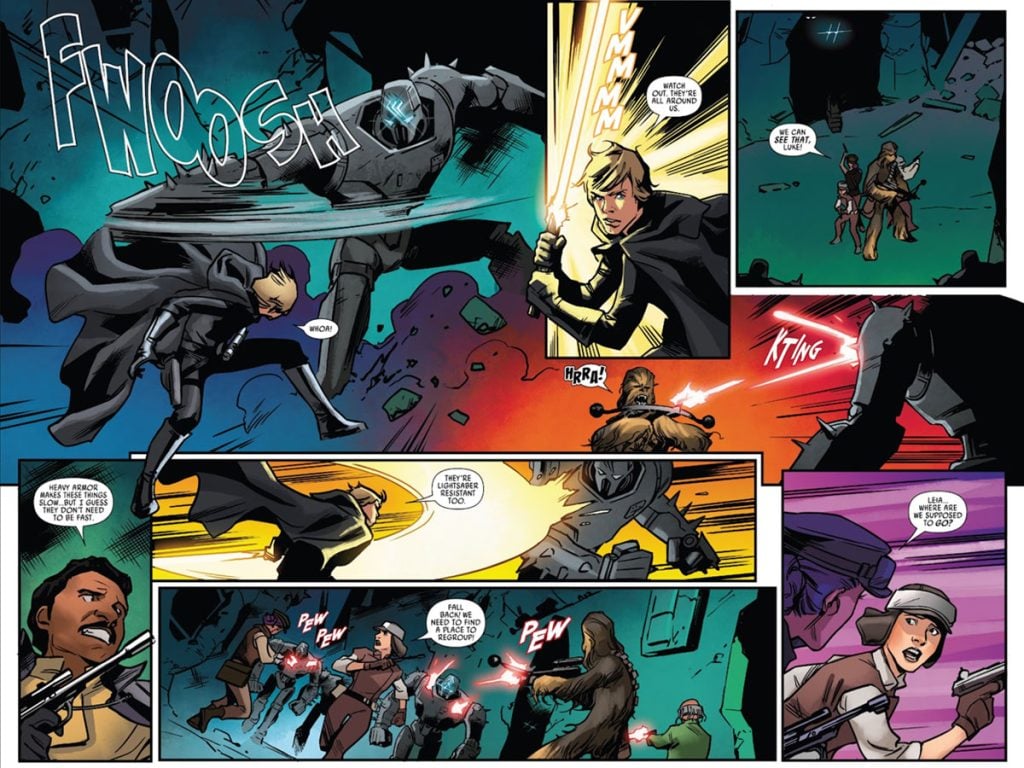 Described in the comic book as ‘Killdroids,’ the tough foe is revealed to not only be resistant to Chewie’s bowcaster and Lobot’s attempts to take control of them, but also Luke’s lightsaber. Usually able to cut through almost any material, the armour of the Killdroids is too thick for even the ancient Jedi weapon to pierce and the group is forced to retreat. It’s certainly possible we haven’t seen the last of this formidable enemy within the wider Star Wars universe and the metallic menaces could potentially return in other media such as TV shows, video games and toys at some point.

Star Wars # 30 is available to pick up now priced at $3.99 and features multiple variant covers for collectors to hunt down.