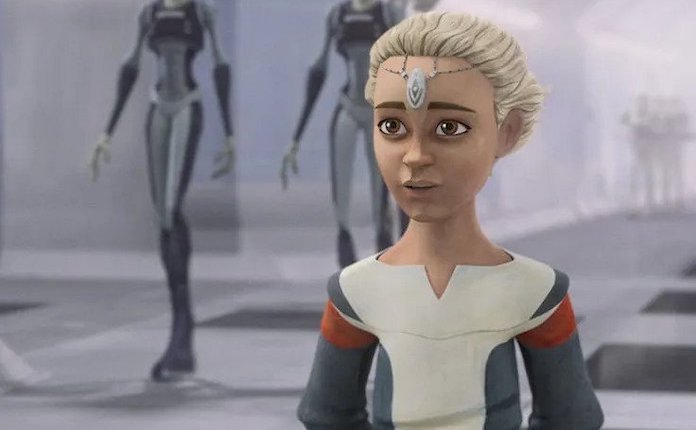 Morrison, who played Jango and Boba Fett in the original and prequel trilogies, acts as the foundation upon which all following clones were built. While there has been criticism of The Bad Batch straying too far away from his appearance, with claims that the animated clones, particularly in The Bad Batch, had been whitewashed, the voice and overall appearance has stayed relatively faithful to Morrison’s look.

When asked if she feels any special sort of “kinship” with Morrison by Looper, seeing as they both come from New Zealand, Ang was quick to say “absolutely”.

“Tem is an icon [not only] because of his “Clone Father” identity but also just as an actor. And [for actors] in New Zealand, the circles are small. I’m so excited to carry on that legacy of the accent in the “Star Wars” world, and what a privilege.”

Ang went on to remember when the pair met at the Star Wars celebration and greeted each other with the Māori greeting of “kia ora”.

“It felt like family, a real family, because I was like, ‘Hey, Tem!’ New Zealand is small, [it] feels very casual. I’m excited that the legacy of the accent gets to keep its integrity as we explore this with this unusual clone [Omega].”

The Bad Batch is streaming now on Disney Plus, with new episodes dropping each Wednesday.