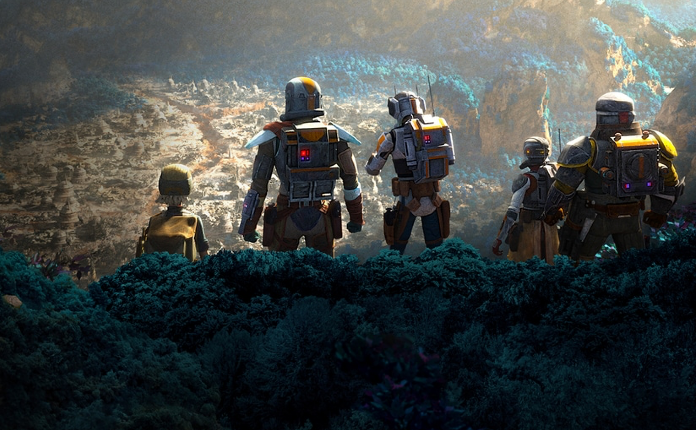 While speaking to SFX Magazine, The Bad Batch’s supervising director Brad Rau implied that there wouldn’t be much crossover between Clone Force 99 and other characters from the animated series and other Star Wars shows.

Although Omega has already run into Fennec Shand, the future sharpshooting friend of Boba Fett, Rau said that she’s unlikely to meet the Bounty Hunter himself.

“Where Boba Fett is at this moment is a very different path to Omega’s,” he said. “They’re on different journeys at the moment.”

Nonetheless, that’s not to say there won’t be any crossover between the many titles that Star Wars has under its belt. For example, the final scene of Season 1 set up a major connection, when Nala Se was seen meeting with an Imperial scientist wearing the same uniform as The Mandalorian’s resident geneticist, Dr Pershing.

“That’s not a coincidence,” Rau confirmed. “I don’t want to talk too much about what’s going on there. We’ve got to leave some things in the dark, but we do get into all of that, one hundred per cent.”

This could mean that The Bad Batch will explain exactly how “Somehow…Palpatine returned”. Palpatine clones have already been hinted at in The Mandalorian, but perhaps one of Clone Force 99’s missions will centre around whatever Sith science the Emperor used to ensure he would survive long enough to face down Rey and Kylo in Episode IX.