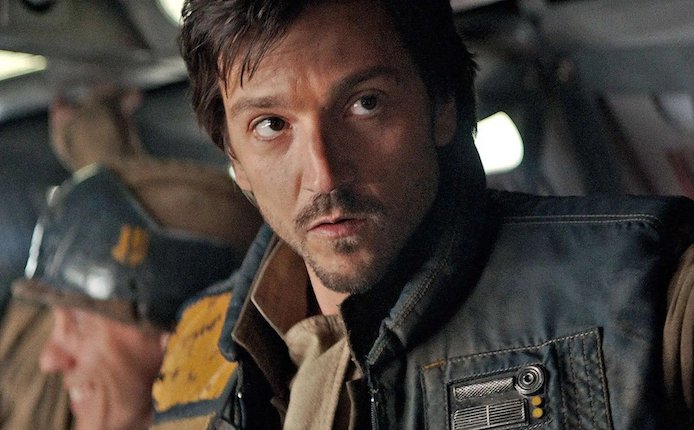 Andor Season 1 had several poignant moments, marked with thought-provoking monologues from the cast. Now, you can relive those highlights once again.

Four of the most emotional or crucial monologues from the first season of Andor have been shared to the official Star Wars YouTube channel. The first is from Kino Roy, Cassian’s jailmate and eventual saviour, helping him lead hundreds (if not thousands) of prisoners to freedom.

While Kino doesn’t make it to freedom himself, his monologue serves as inspiration for Cassian to carry on fighting and highlights how even those adhering to Imperial sytemswere beginning to wake up to its corruption and abuse of its people.

The second one shared is from Stellan Skaarsgaard’s Luthen Rael, at the moment where he examines what it truly means to sacrifice yourself for a rebellion you believe in.

“I’m condemned to use the tools of my enemy to defeat them. I burn my decency for someone else’s future. I burn my life to make a sunrise that I know I’ll never see,” he said, in a haunting speech that cements him as one of the most influential characters in the show.

The second monologue to be clipped to the YouTube channel is from Maarva Andor, the speech that ushered in the climax of the entire season. Her emotional monologue, delivered via hologram at her funeral via her beloved droid, sparks a fight that involves almost every major character from Andor Season 1. Not only did it drive the plot forward in giving Cassian and the others on Ferrix something to fight for, but it illuminated just how deep and how far the Empire reaches across the galaxy.

“There is a darkness reaching like rust into everything around us,” Maarva described. “We let it grow, and now it’s here. It’s here, and it’s not visiting anymore. It wants to stay.

“The Empire is a disease that thrives in darkness, it is never more alive than when we sleep. It’s easy for the dead to tell you to fight, and maybe it’s true, maybe fighting is useless. Perhaps it’s too late. But I’ll tell you this… If I could do it again, I’d wake up early and be fighting these b*stards from the start. Fight the Empire!”

One of the more intellectual minds of the rebellion, Karis Nemik, made many references to his manifesto while working with Cassian and the others on Aldhani. We finally get to hear from him fully in Episode 12, describing about what the meaning of freedom truly is. In a franchise like Star Wars, personal and societal freedom are central themes throughout almost all of the TV shows and films, and no one sums it up better than Nemik.

The entire first season of Andor is available to watch now on Disney Plus, with a second season on its way sometime in 2024.