FOR THE FANS, BY THE FANS
Home Star Wars News Gentle Giant embraces the Dark Side of Star Wars with Concept Darth...
Facebook
Twitter
Pinterest
WhatsApp 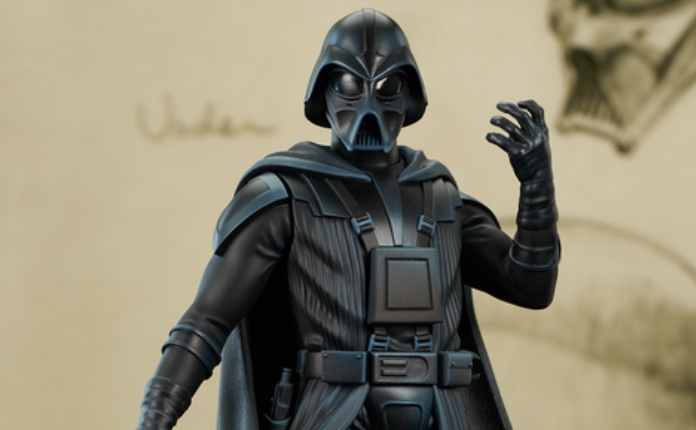 Following on from last year’s Concept Stormtrooper Premier Collection statue comes an all new addition to the line-up of Star Wars products releasing in 2023 from Gentle Giant Ltd. The 1/7 scale model stands nearly 30 cm tall and is based on original character designs created by legendary artist, Ralph McQuarrie.

The Darth Vader (Concept) Premier Collection statue comes with two helmets that are more stylised than the final design seen in A New Hope, as well as a white-bladed lightsaber instead of the character’s signature red weapon. The statue is a limited edition release that’s packaged with a certificate of authenticity in a full-colour box.

Fans looking to obtain the Darth Vader (Concept) Premier Collection statue for their collections will need to pay $150 a year to become a Gentle Giant Premier Guild Member at the Master level, or $100 a year to become an Apprentice. Those that do will then have access to the statue, which costs an additional $199.

The Darth Vader (Concept) Premier Collection statue is available to members now, with a limit of one per customer. The item ships to multiple territories, although postage costs may differ greatly depending on your location.