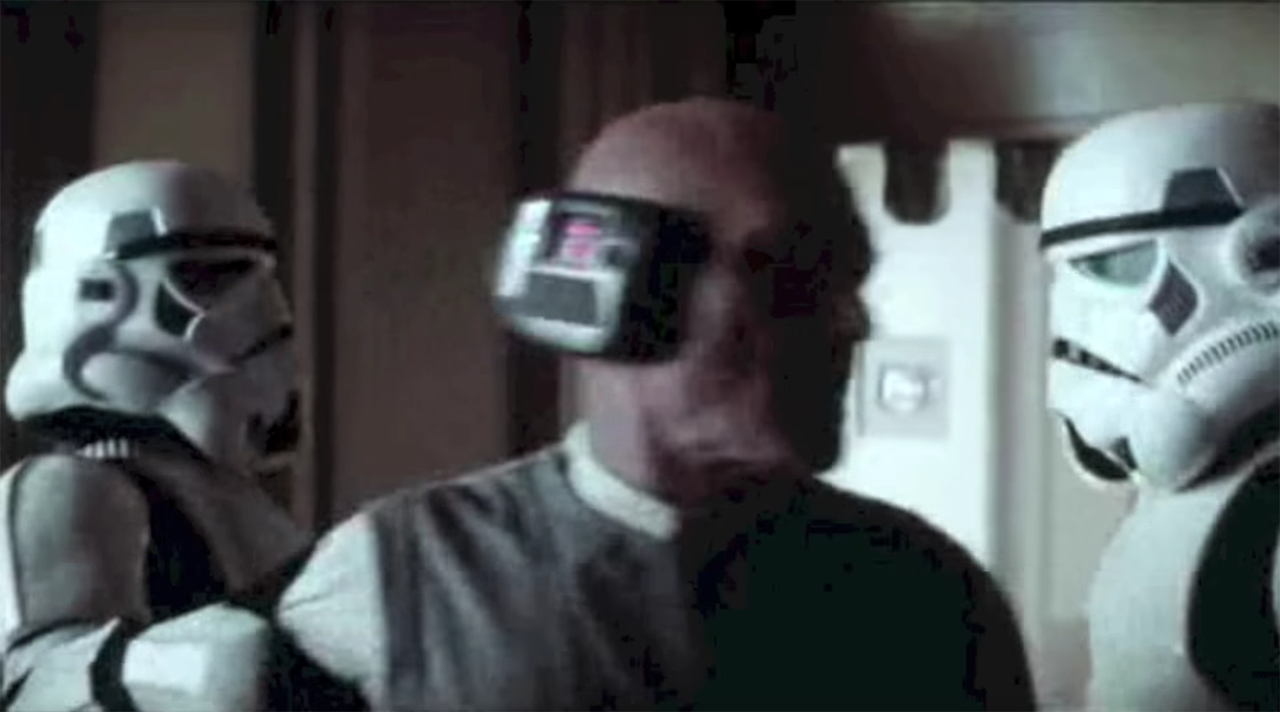 Lobot is arrested by Stormtroopers in a deleted scene from Episode V: The Empire Strikes Back. Courtesy LucasFilm/Disney.

Lobot turns the tables on the Imperials and frees Lando Calrissian and company. Courtesy LucasFilm/Disney. 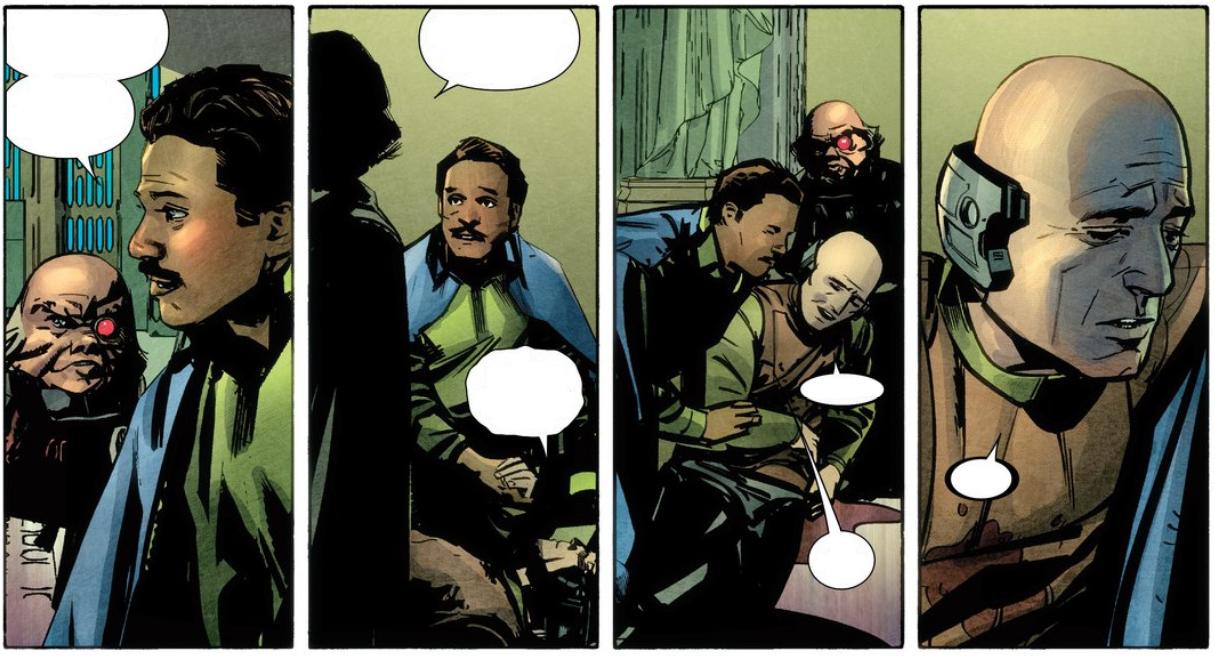