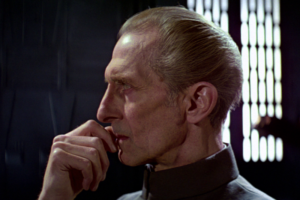 Moff Tarkin – Who in the Galaxy is That? – by Pariah Burke

3 December 2016
44
0
There’s an entire galaxy of characters and adventures beyond Luke, Leia, Han, Rey, Finn, Darth Vader, Boba Fett, and the other faces that dominate the Star Wars films. Who in the Galaxy is That? profiles individual characters from the Star Wars universe—from the films, book, comics, and games. From favorite supporting characters to interesting creatures lurking in the background, if you’ve ever asked “hey, who’s that?” Who in the Galaxy is That? strives to tell you.